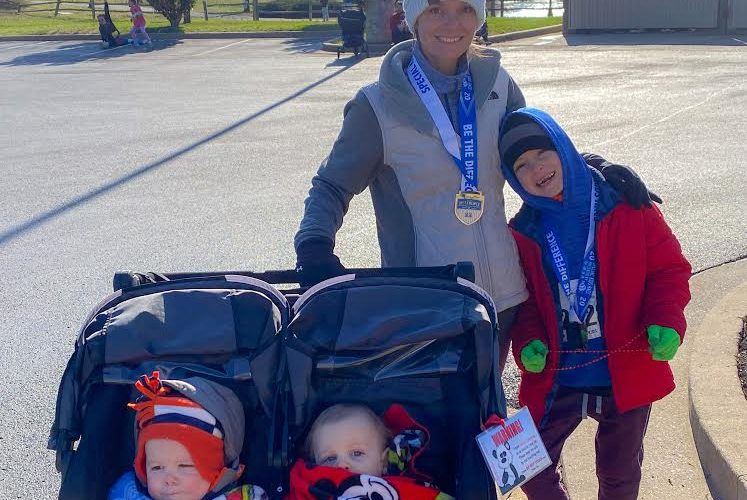 Can my outlook on life really make a difference? I think it can. I firmly believe that when I realized I could shift my mindset into one that was much more positive, I could live a happier life. Will this work for everyone? No, obviously not. But I’m here to share my experiences, and hopefully help someone who may benefit.

In college I had a friend once tell me that you shouldn’t surround yourself with people who negatively impact your life. I wish I had known at the time how wise this advice truly was. It took me about 10 years to realize, what she had said was 100% correct, and I not only live by this now but also try to instill it in my children.

One of my kids has had a friend for several years, and recently after they hung out together, he was just in a down mood. I asked him what the problem was, and he couldn’t answer. Eventually, I got out of him that he kept getting in trouble for things just by being with his friend. My son wasn’t doing anything wrong, but just by association he would get in trouble. I asked him how he felt about this friendship and his response was, “Well, we’ve been friends a long time.” What kind of reason is that to stay connected to someone?

The thing is people grow apart. This doesn’t only apply to kids and their friendships; it applies to adults too. Why do we keep people around just because they’ve always been there? If someone only makes us feel bad when we’re around them, why do we continue to keep them in our lives? I think it’s okay to move on, and that your happiness relies on it.

The year I had the twins and the months leading up to their birth were very difficult for me mentally. At five months pregnant I was put on light bedrest at home. I had to stop going into the office and was limited on how active I was allowed to be. A little over a month later, my water had a slow leak, and I was put on strict hospital bedrest for THREE WEEKS! I would see Deklan and Martin for about an hour a day, and the nurses would come monitor the babies twice a day, once in the morning and once at night. This meant for about 22 hours a day for three weeks, I was completely alone and in a hospital room some days not even being able to walk to the bathroom. Since the twins were born prematurely and were born during a severe flu and RSV outbreak, we had to isolate at home, not allowing visitors so that they would not catch anything.

The twins came home from the NICU in mid-November and we weren’t allowed to take them anywhere until flu season had ended, the following April! Add all this isolation, with the fact that I had just had TWO newborns, was transitioning from full time working mom to full time stay at home mom and I didn’t know what to do with myself. How did this work? I quickly learned that something had to give.

I had never been a healthy person; I had always eaten whatever I wanted and how much I wanted without ever working out. After having the twins and realizing the lifestyle I was living was not going to be great to keep up with five kids, let alone three young ones I knew it was time to make a change. This is where my health journey begins, but more on that in another post.

Admittedly, the first six months after having the twins were a huge blur, but eventually we got to six months and started sleep training. Finally, we could sleep more than an hour and a half at a time! Woohoo!! Next, at 10 months I was able to stop pumping around the clock, this was another huge milestone. Pumping exclusively for 10 months may have been my biggest battle with having the twins, but also my greatest lesson. I had to schedule my whole day around when I was going to pump in order to keep my supply up, babies fed, and to ensure I didn’t get engorged, etc. I hated those pumps with every ounce of my being. With Deklan, breastfeeding came so naturally; so when the twins were born prematurely and consistently were falling off the growth charts, I had no choice but to either pump so we could monitor how much they were eating or put them on formula. I honestly think that fed is best and tried formula, but it just wasn’t going to work for the twins.

Through my exclusive pumping group, I would constantly hear the saying, “Never quit on a bad day.” I followed this, and quickly learned that this saying applies to everything in life. Why would you make a rash decision based off one bad day? It seems silly when you think about it this way, but haven’t we all done that? So, this is where I stopped thinking that quitting was an option.

Once I could let my milk supply start dropping, I decided that I was going to run a 5k with all my kids. I knew that if I could survive having twin newborns, pumping exclusively for them for the whole first year of their lives, I could certainly achieve this next goal of mine. My husband had run cross country in high school and had picked it back up to start running 5k races two years prior to me having the boys. Something else you should know about Martin and I is that we tend to be pretty competitive with each other. So, I decided that I may not be able to beat his best time, but I was going to run a race, and I was going to run it with my three sons in tow which he had not yet done.

I didn’t know anything about training, but I felt like a good place for me to start would be to walk a 5k every day. My walking time started to decrease, then I started to run in short intervals, and I slowly started to be able to run longer intervals than I was walking, and eventually was able to run a full 5k , which by the way is 3.1miles. I quickly learned in doing this, that while I was doing it for my physical health, it was actually helping my mental health more than anything. Seven months later, I completed my first 5k. It wasn’t my best time, but I finished 3.1 miles pushing a double stroller with a 7-year-old in tow, who even hopped on the front of the stroller at one point because he was tired.

When it comes to health and fitness, I have come to learn that my mindset is everything. If I start telling myself I don’t feel like working out the night before, then chances are I’m not going to work out that next day. But when I have a positive attitude about it and focus on how great working out has been for my mental health more than anything, I will always go.

What I’m trying to show you is that you choose your own destiny. If you believe that you can, you will. If you believe you can’t, chances are, you won’t. If you don’t believe in yourself, then why should others believe in you? When things are hard and it seems like nothing else can go wrong, instead of focusing on all the negative, try to shift your mindset. Try to ask yourself, “Am I going to be here tomorrow? Is this going to break me TODAY?” Think of your answers to these questions then remember, tomorrow IS a new day. It’s likely that you will sleep on the problems of today and that you’ll wake up with answers or solutions for tomorrow.

Sometimes, the hard times really do seem like they’re never going to end, but look back on your life and think of a time where you also had a hard time and then remember the good times that came after. You see, we need to have the bad to realize how good the good can be. My examples may not resonate with you, but I hope that you can see how shifting your mindset to a more positive one, can help in most situations that we face.

***Obviously, sometimes in life unimaginable things happen and on top of that mental illness is real. This post is not meant to negate any of that, and I do realize that in these types of situations a shift in mindset will not always work and that help from a medical professional would be more beneficial. 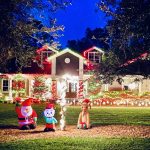 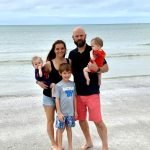