What to Expect When Moving with Kids 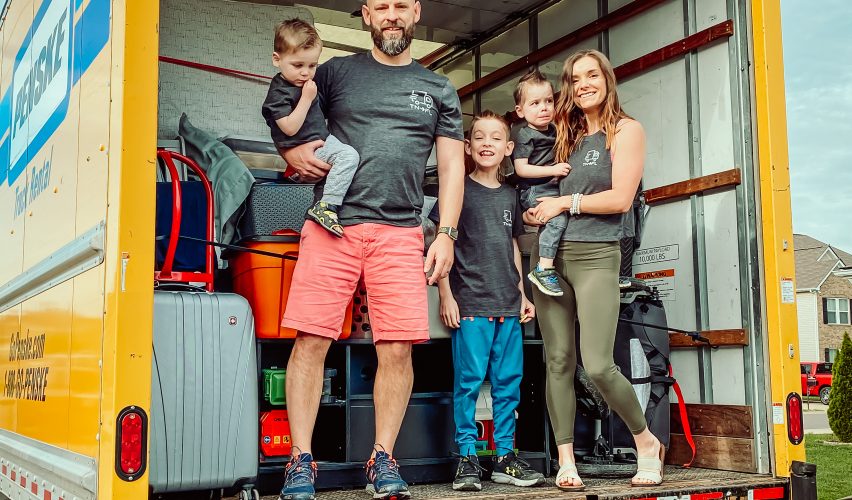 If you had told me a year ago that we should sell the house, have my husband quit his job (when he was the only one out of the two of us with a job), and move to Florida without any income coming in, I would have told you that you were insane. Yet, here we are. 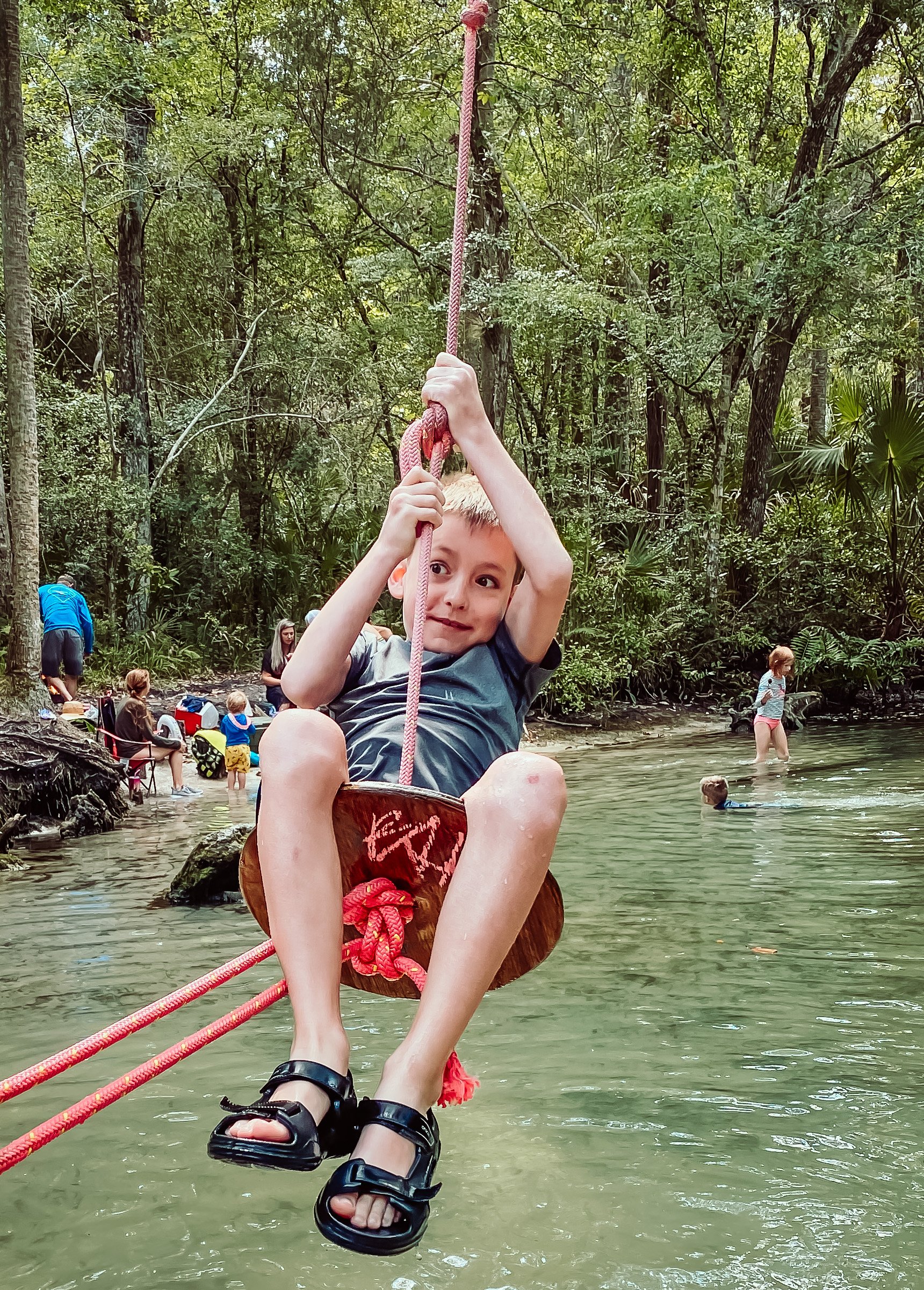 When my husband and I had our first child together, our now 8 year old, we were living only an hour away from my family outside of Chicago, IL, and it was amazing having that support system. One week after giving birth, we found out that we were finally moving to Tennessee after trying to get there for three years. 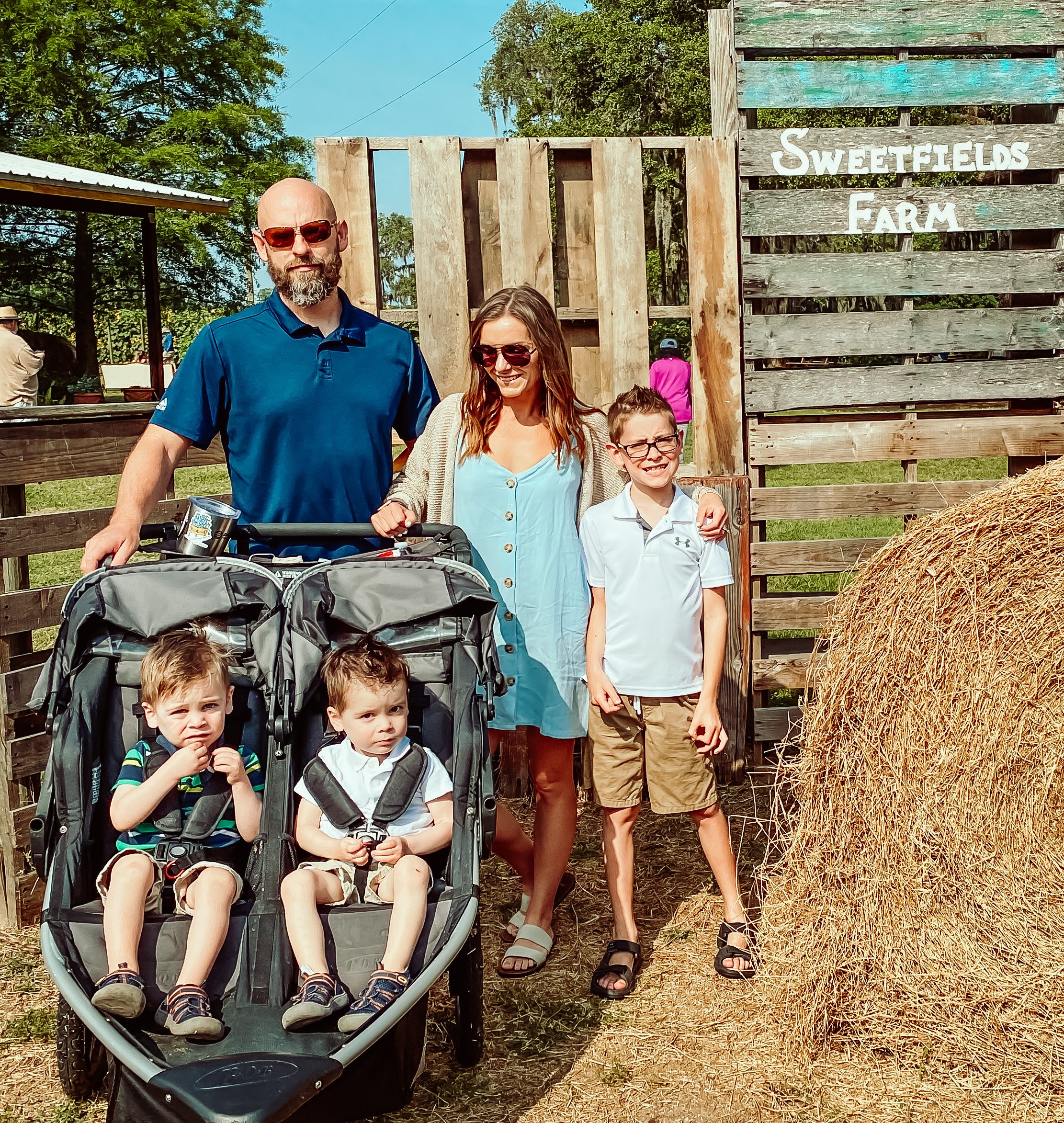 When my husband got divorced from his first wife, she relocated to Tennessee with their two kids. He had made it his mission to get back within driving distance as soon as possible; unfortunately, the universe had other plans. The job he had started working moved him even further from where he had first started, and that’s how we got close to Chicago. Every month we would make the nine hour drive from Chicago to Nashville to visit the kids. Sometimes we would drive down the same day for an interview only to turn around and drive right back because of jobs we were working at the time. It was a LONG 3 years.

Looking back now, I guess the timing came at a perfect time, because I was able to have my whole family close by when I had my first son. When I say close by, I mean, they were all in the delivery room when he was born. So, when a week later, we found out we were finally moving, I cried and cried knowing that I was going to miss that support. I can see now that I should have just been grateful for the experience we were given because we hadn’t moved sooner. But, it was difficult for postpartum me to see that there was a silver lining. 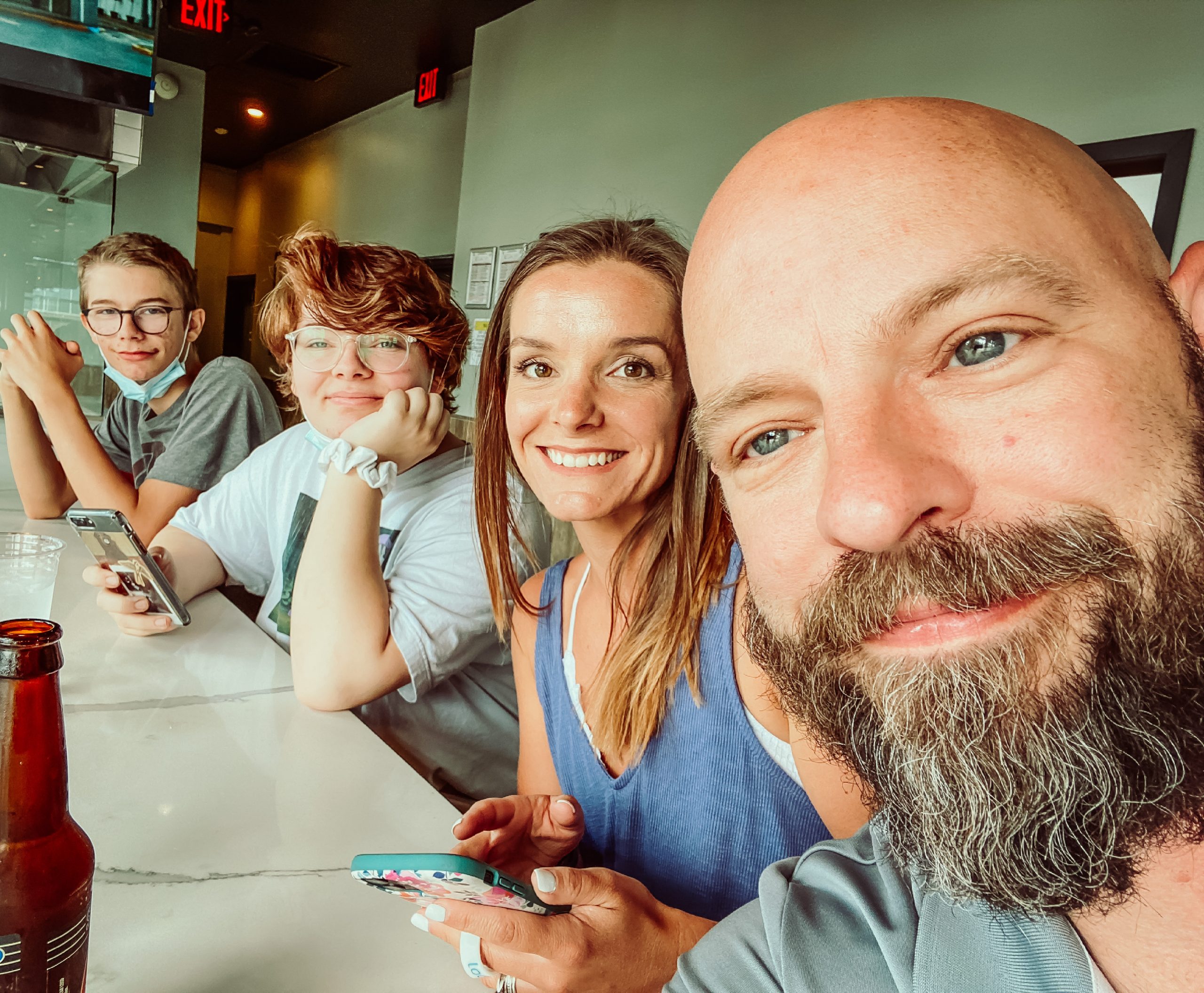 THE NEXT SIX YEARS

Shortly after we relocated to Nashville, my whole family packed up and moved down to Florida. My husband and I toyed with the idea of moving to be closer to them for that family support after every vacation and every sickness that we encountered with our son. 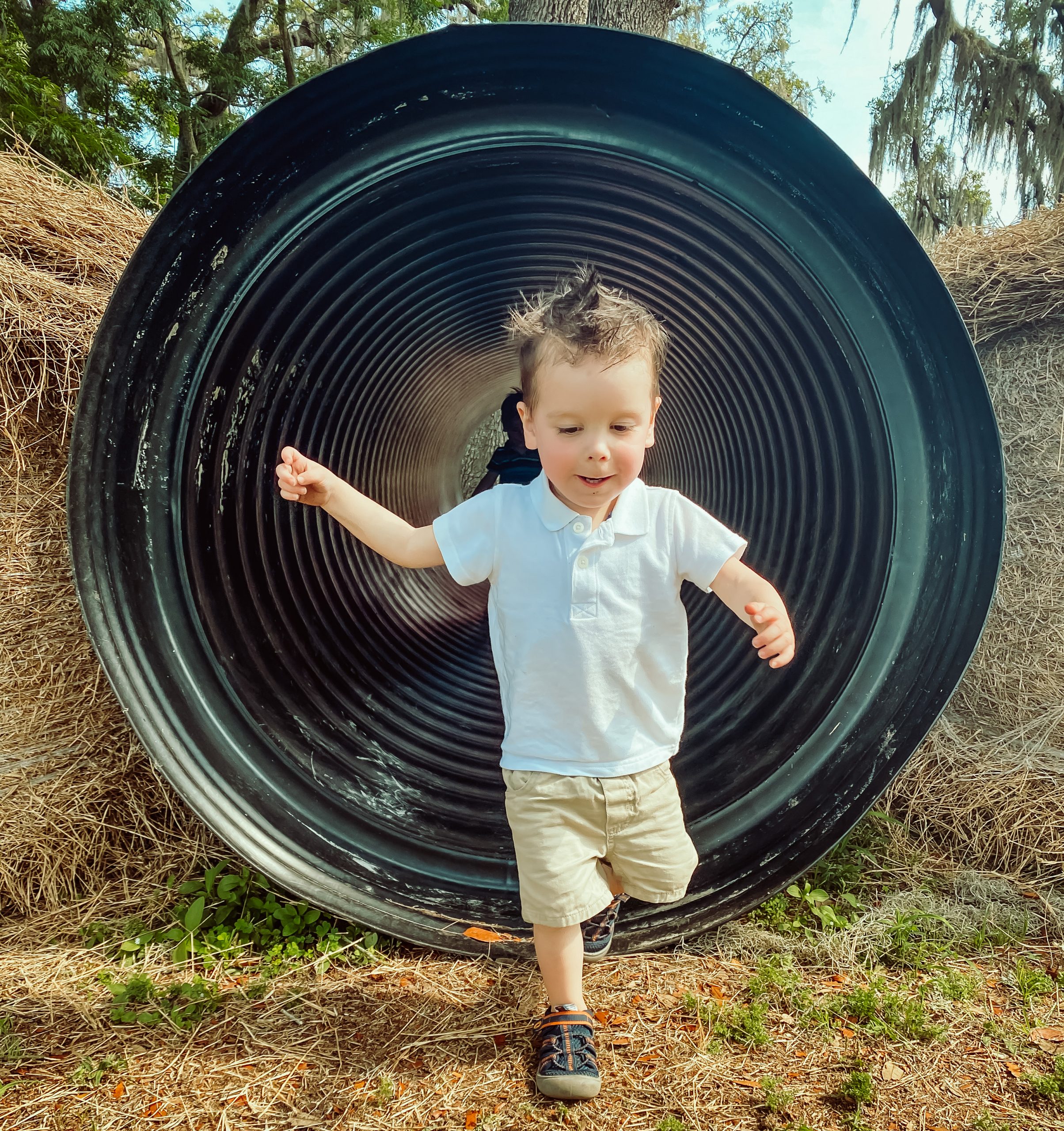 Our son had ear infection after ear infection, with extremely high fevers that would cause him to have febrile seizures. I had to take off work every time, because my husband made more than me so if it was going to cost one of us our jobs it had to be mine. I was written up for missing work so much, and almost lost my job because of it, but we had no other choice. We were new to the area, didn’t have any family near by, and the few friends we had made, also worked during the week. Thankfully, after six months, he finally outgrew all the sickness and everything started balancing out.

While we had moved to Tennessee to be closer to my husband’s older kids, the situation had sometimes put us in a bind. As I moved up at the company I first worked at in Tennessee, I had more flexibility to my schedule as long as I got my work done. Eventually, I moved to a new position with a new company and my work life balance was even better so we started finally feeling like we could settle down and make Tennessee our forever home. 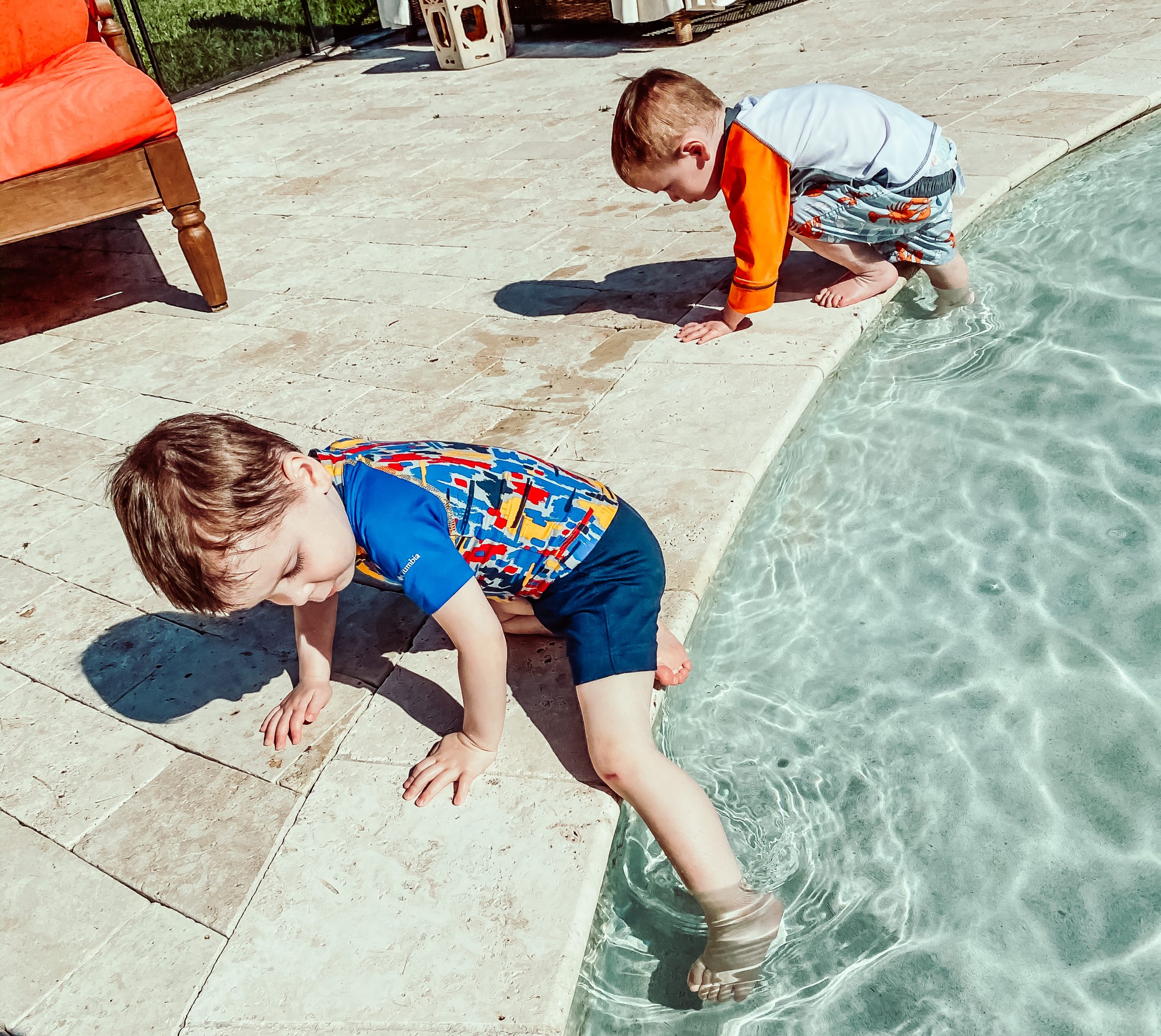 We had always known we wanted one more child, and with this new job and the flexibility it provided, along with the position we had gotten to financially, it felt like what better time to add to the family. So we started trying, which meant fertility treatments, you can read all about here. After a couple losses along the way, we were finally told we were expecting triplets.

This is where our world, as we had known it, got flipped upside down. It was a struggle when we only had one infant at home without a family support system, how in the world were we going to manage THREE? We had no choice, but to start applying for jobs in Florida again to be closer to the family who would be able to help us with our kids.

Shortly after finding out about the triplets, we learned that we had lost one, which I go into depth about here. So here we were again. Do we move or do we stay? Can we manage the kids without any assistance built in when we needed help? 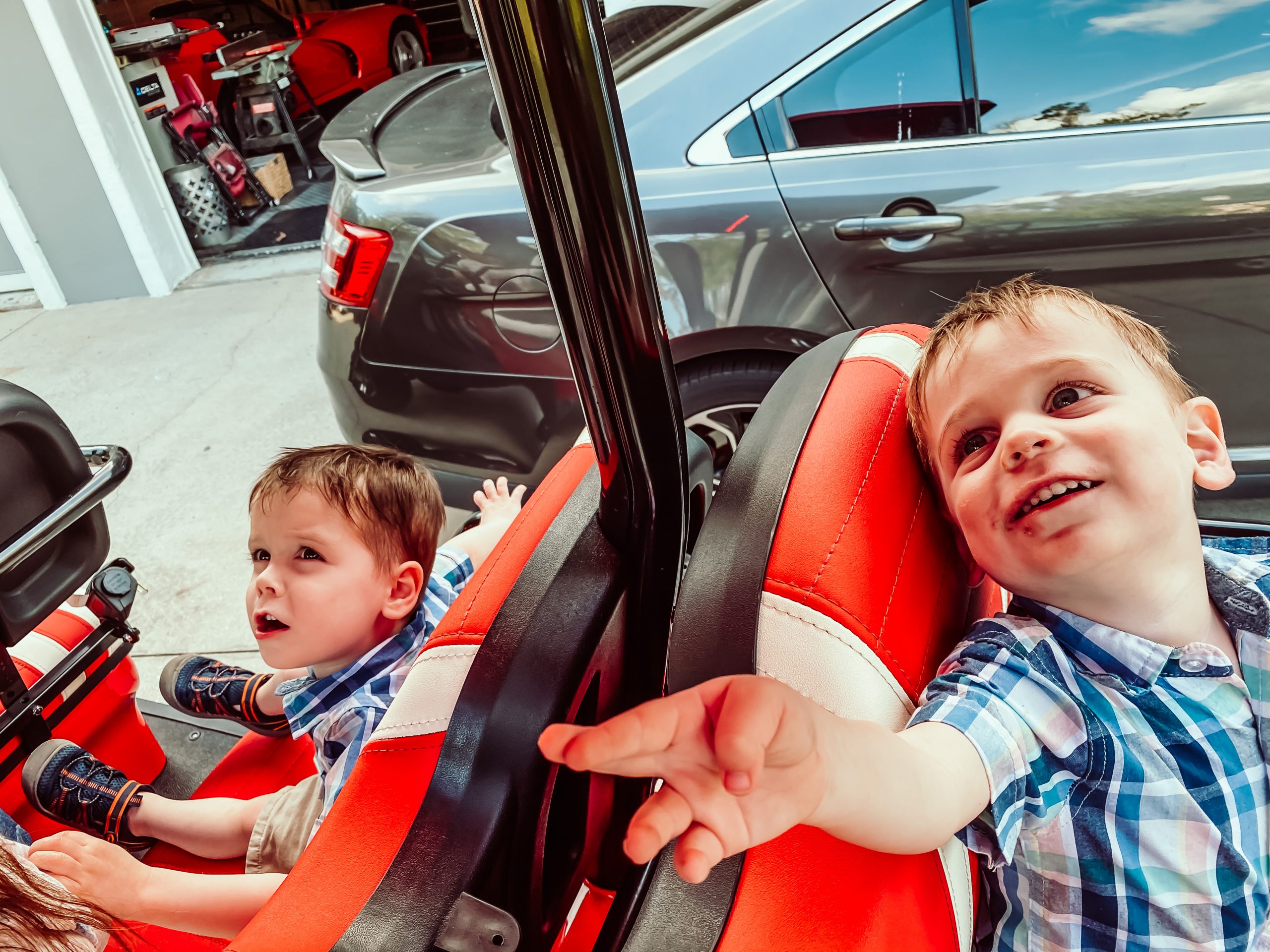 If you’ve never had to pay for daycare or use daycare, let me tell you….DAYCARE IS EXPENSIVE! Daycare for newborns is even more expensive. To add to that, every daycare I tried getting my kids into had a waiting list, and I didn’t have one kid to get in, but two. We started to do the math and finally came to the conclusion that it was just better for me to stay home with the kids until they could at least start school. After paying childcare for three kids, I would have only been bringing home $100 a month, and might I add that I was not paid that terribly at the time. I guess that’s what happens when you are living in an area that is booming with families and growing hugely by the day. 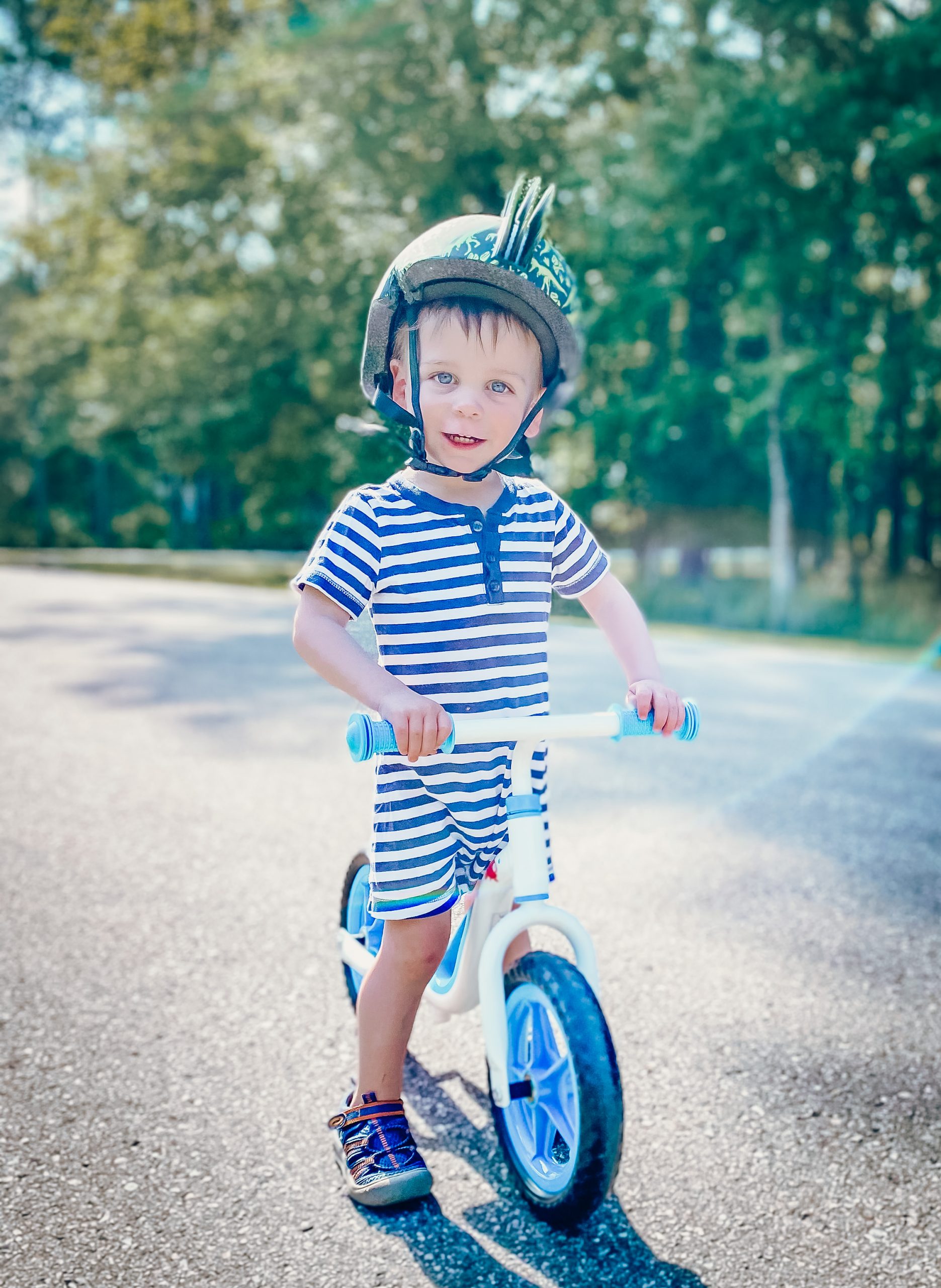 You can imagine how this put us in a bind financially. We went from two full time incomes down to one, but added two mouths to the household at the same time. On top of that, shortly before our twins’ first birthday we found out that one of them had multiple food allergies. Did you know that food allergies increase a family’s grocery bill? Because of our son’s specific allergies, our groceries are THREE times what they had been prior. More on finding out about his diagnosis and how that rocked our world here. 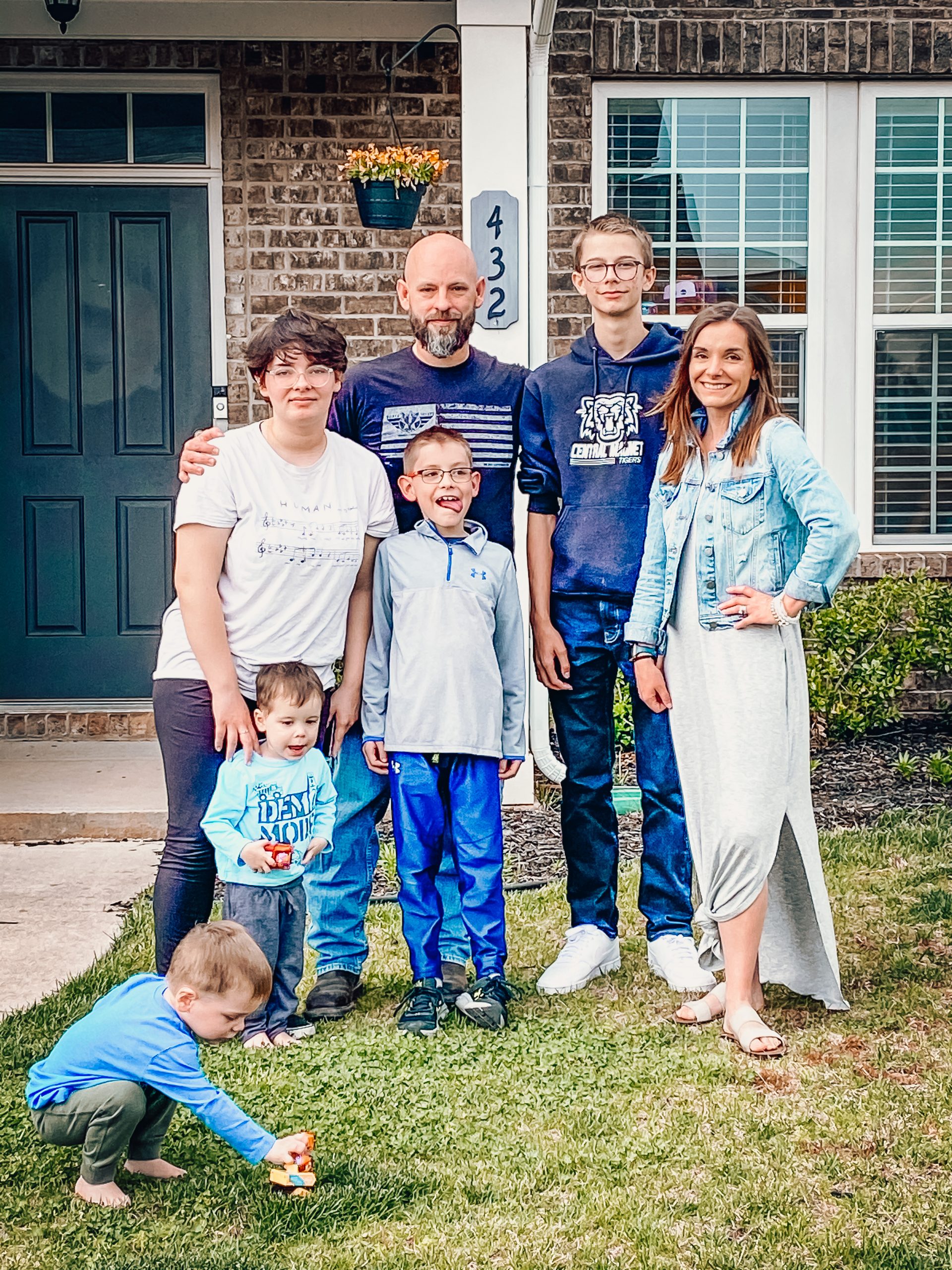 Then, in walks good ole Covid-19. I think it’s pretty safe to say that this threw most everyone for a loop! My husband, the only person with income in our household, had to take a significant pay cut. We started struggling, now more than ever. We weren’t able to afford our mortgage, thankfully due to the pandemic we fell under the Covid relief with our mortgage company as were able to defer payments until we could start making them again.

As the year went on, and things started calming down from the pandemic, my husband did eventually start getting his full salary back, but the damage had been done. We were doing okay, but were extremely stressed out. To add to that, one of our son’s was given a diagnosis that would require multiple types of therapies along with extensive, time consuming doctor’s appointments that only one parent was allowed to attend with no other children accompanying them.

I thought being a stay at home mom/parent would eliminate the stress of these types of situations, but here we were again having to try to figure out how to manage my husband’s job with a lot of appointments. The last thing we wanted to do was leave my bonus kids, but something had to give. That’s where the tough decisions began. 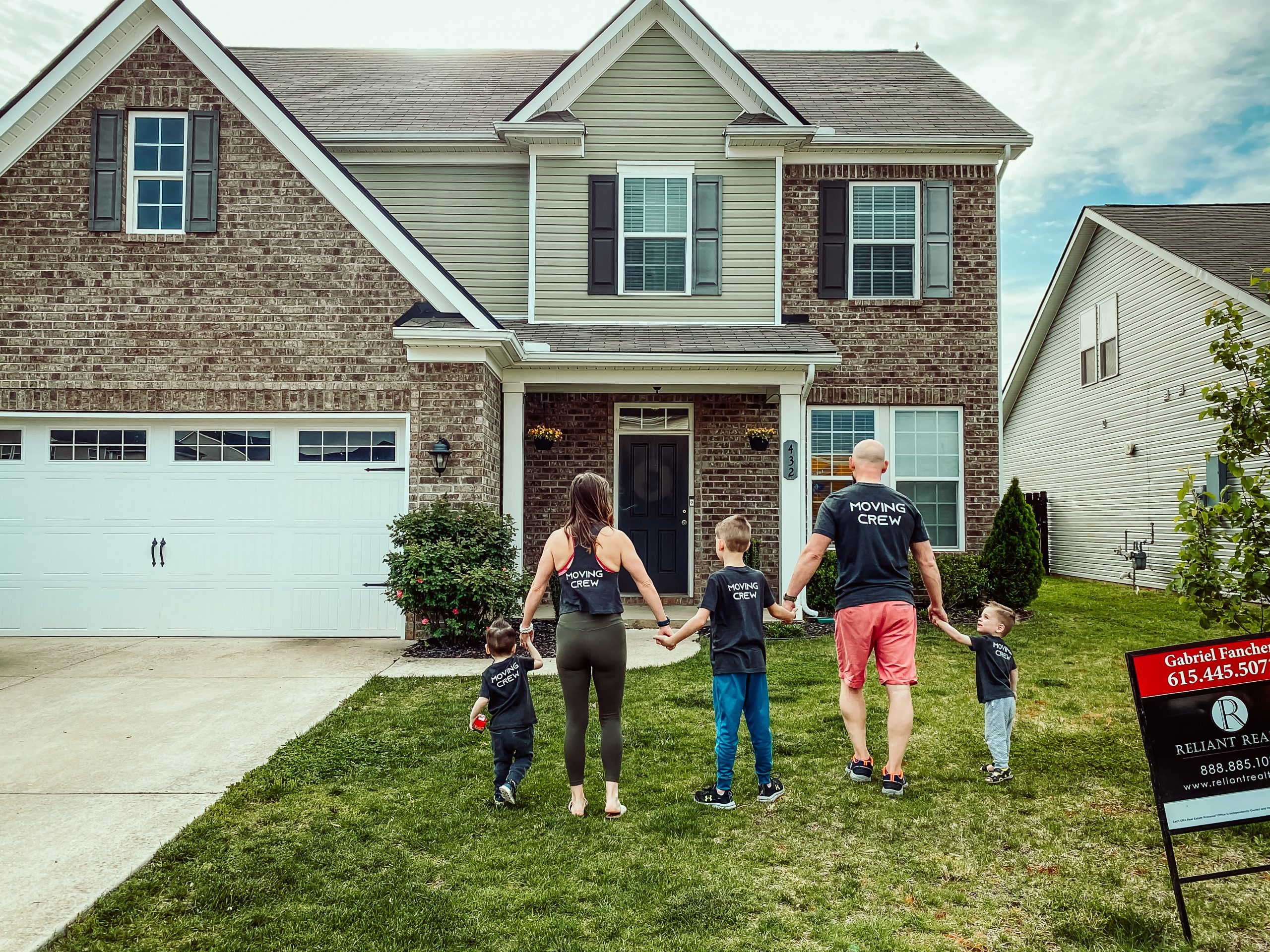 My husband was getting declinations from company after company in Florida. We were finally told that the reason no one would consider him in Florida was because we didn’t live there yet. We were told that Florida is one of those grass is always greener places to live so employers take the applications from out of state residents with a grain of salt because they so often don’t see them go anywhere. People often move thinking it will always be on vacation then realize that’s not always the case and move right back home or get cold feet when push comes to shove and decide moving to a different state may not be for them. The point being, if we weren’t down here, then he was likely never going to find a job because no one was taking him seriously with an out of state resume. 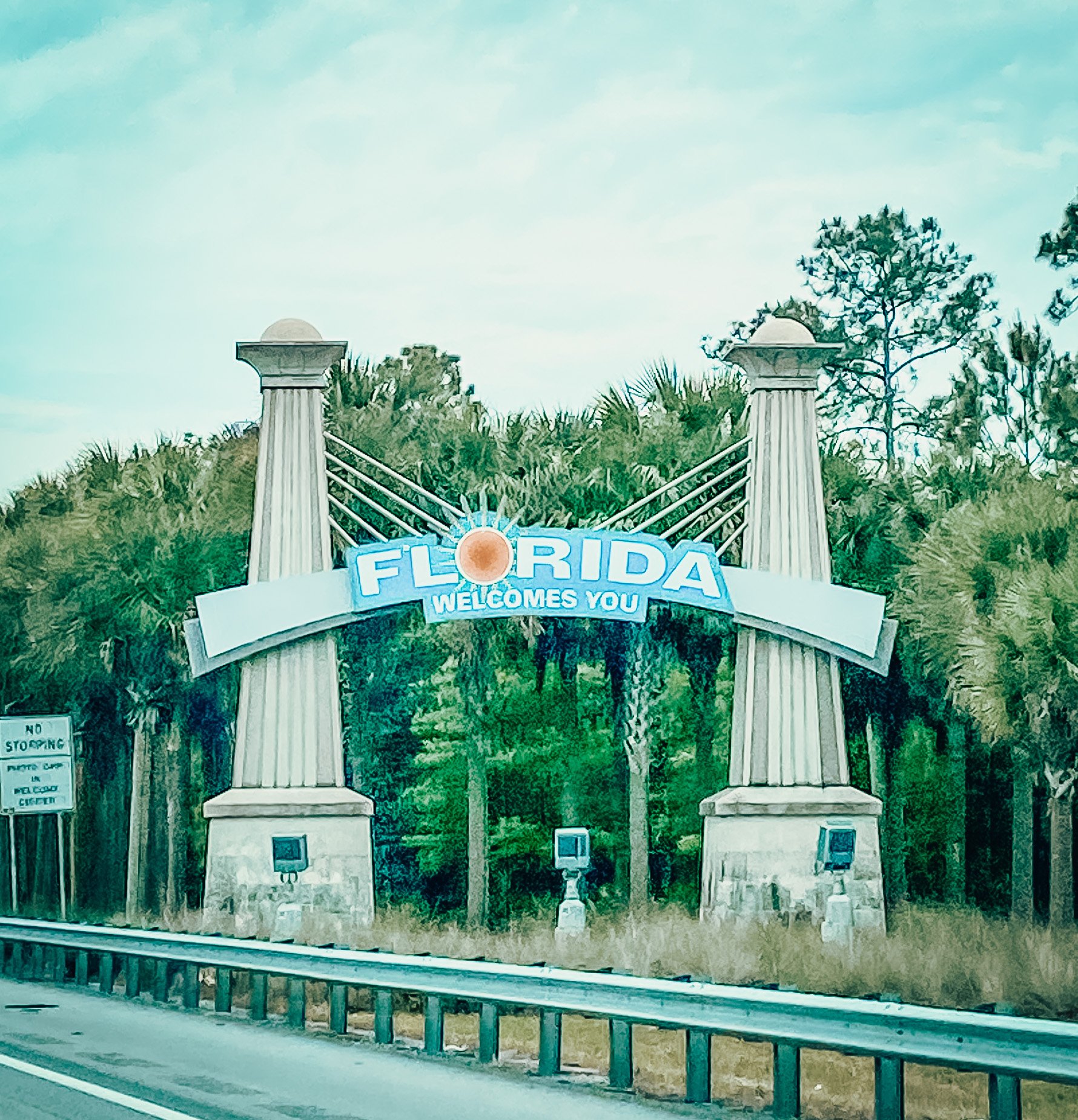 The housing market was AMAZING in middle Tennessee. As it was and still is in much of the country, so it was time for us to have a serious conversation. I told my husband that I didn’t care what the decision was, but that I was sick of living in limbo. We needed to decide. Take a risk, live with my parents off of the profits we receive from selling the house and hope to get a job as quickly as possible OR stay in Tennessee and stop applying for jobs. Not knowing, had for years, caused me to be hesitant to make friendships. Our kids were starting to get to an age where their friendships mattered and I didn’t want to tear them apart by waiting any longer.

So, we sat down with a realtor and decided we would put the house up for sale the following week. If we got an offer we liked, we would take it and that would be the ultimate decision maker. We received multiple offers the first day the house was on the market, all of which were for asking or higher. We did end up needing to drop the price because of the appraised value, but we walked away with what we had decided our “magical” number was to make this insane plan of ours work. 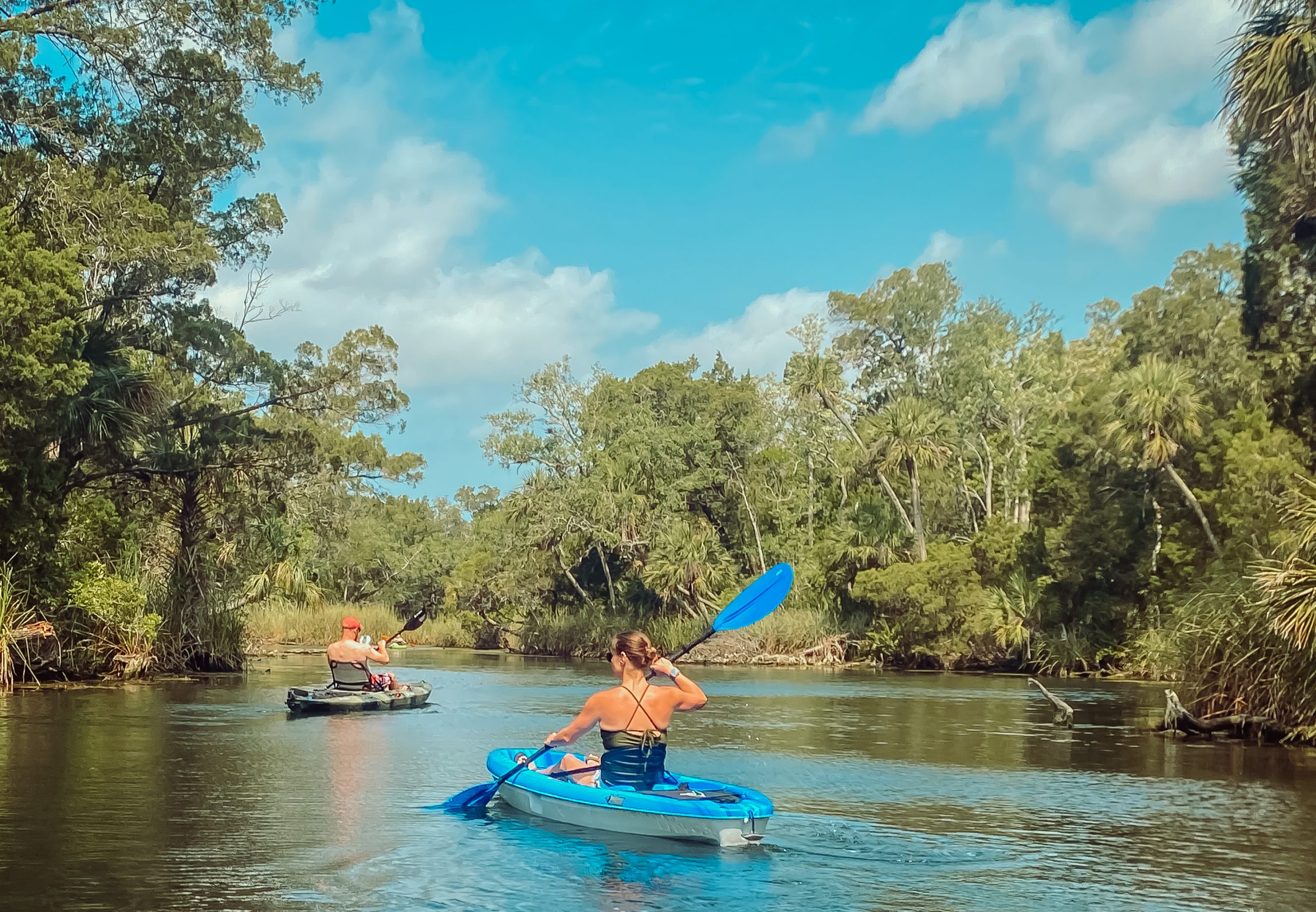 We officially moved out of our Tennessee home about six weeks after putting it on the market. We miss my husband’s older two kids like CRAZY, I wish I could have packed them up and dragged them along for the ride. Emily is going away to school in a few months, and Eric isn’t too far behind. My husband has had so much more traction with his job hunt since moving to Florida, and has some amazing job prospects lined up. I don’t know what the future holds, but I know that my husband and I feel less stressed and more at peace with this decision than anything, which tells me we made the right move for our family. 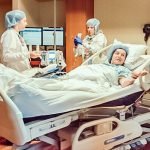